“Stephanie Houtzeel, in a stunning, warm, empathetic, coltish, vivid and, one hopes, career-boosting performance, plays the title character, Octavian.....The figurative rose of the night went to Houtzeel, who last sang in the Concert Hall in Opera Lafayette’s ‘Armide’ in 2010 and who has since sung Octavian and other roles at the Vienna State Opera. She was completely convincing in the part, carrying off the wooing of two other women in concert dress without the slightest vestige of awkwardness and more than holding her own with Fleming with her easy-sounding vocal warmth.” - THE WASHINGTON POST

“In the title role, Stephanie Houtzeel, enjoyed quite a triumph. The mezzo proved capable of effortless vocal power as well as the finest dynamic shadings. The richly stylish musicality was matched by terrific stage presence; her portrayal of the in-love-with-love Octavian could not have been more alive with personality.” - THE BALTIMORE SUN

"Stephanie Houtzeel is more than up to this monumental finale. She is in her element with Mahler's splendor of sound, and her colorful mezzo-soprano enters into perfect dialogue with the orchestra. " - DIE KRONE

The title role in ARMIDE (Lully)

“But the outstanding performance of the afternoon was that of mezzo-soprano Stephanie Houtzeel in the role of Armide. It would be a cliché to say she was ‘larger than life’ and, in fact, she seemed something even more elemental. At its best, her Armide seemed life itself, with its messy joys, sorrows, hungers and contradictions, and the role was sung with all the ardor, intelligence and vocal luster at Houtzeel’s command, which was plenty. This was the sort of daring, impassioned performance that can make a career: I hope to hear much more from Houtzeel, and soon. - THE WASHINGTON POST

XERXES at the Komische Oper Berlin

“From the opening “Ombra ma fù” the tone was set. Xerxes was played by Stephanie Houtzeel in the elaborate wig, boots and costume of a swashbuckler. Houtzeel’s firm direct mezzo, tall figure and gait encompassed the range of mood swings through despotic rage, petulance and lasciviousness. With many costume changes, notably into a Sun-King with very prominent phallic sunburst, she held centre-stage. She and the entire cast, including balletic sheep, immaculately executed the stylised gestures and period choreography.”   - BACHTRACK

“I had my best evening in the theater…..the part was taken up with equal, if different strengths, by Stephanie Houtzeel, whose vast dynamic range, always deployed with theatrical cunning, and her sense of predatory fun made great theatre.” – COUNTERPUNCH

IN CONCERT at the Vienna Musikverein: Mahler’s THIRD SYMPHONY

Reviews for the Composer in ARIADNE AUF NAXOS

“The role of the Composer might have been written for Stephanie Houtzeel’s gorgeous lyric mezzo. Playing the part as an impetuous, pony-tailed nerd, she delivered a paean to music thrilling in its ardor, unforgettable in its sheer beauty.” - OPERA NEWS

“Outstanding the Composer of Stephanie Houtzeel, one of the best interpretations of this role I have ever heard.”  - OPERNWELT

“Having first sung Octavian in this production in 2010, German-American mezzo Stephanie Houtzeel was impressive in all respects. With a stage presence reminiscent of Frederica von Stade and singing with a similar tone colour, Miss Houtzeel was an impulsive, ardent youth (an enflamed “nicht heut, nicht morgen”) whose characterization was consistently convincing. The top register was especially good, with some well focused, strongly projected notes.” – BACHTRACK

“...The stand-out on stage is Stephanie Houtzeel, who creates a Charlotte, intense and rich in nuances, capable of shaping phrases with expressive simplicity, and developing the character’s anxiety in a natural manner.” -  LA NUOVA

“A joyous surprise has arrived with the Italian debut of mezzo-soprano Stephanie Houtzeel: a powerful, expressive voice and outstanding stage presence.” - L’UNIONE SARDA

“Another extraordinary performance came from mezzo-soprano Stephanie Houtzeel as Titano, originally a role for castrato. Her experience in trouser roles certainly must have contributed to her convincing male charisma, while vocally she was the very essence of style and grace with her warm tone and command of expressive nuance in her demanding, and often poignant, arias.” – OPERA CON BRIO

"The most delectable moments of the opera came in her duets with the extraordinary mezzo-soprano Stephanie Houtzeel as Titano, a role created by the castrato Giuseppe Aprile. Houtzeel imbued every line of accompanied recitative, an extensive part of Jommelli’s style, with drama and force, interpolating some impressive high notes into the cadenza of her opening aria." – WASHINGTON CLASSICAL REVIEW

“It doesn’t always have to be the big gesture. Stephanie Houtzeel, with a Graz Opera past who is now mainly at home on Vienna’s stages, chose to be less the fiery baroque diva, and more the lyrical one. She offered finely painted, intimate interpretations. The arias “Scherza infida” or “Lascia ch’io pianga” became sorrowful but not overly pathetic expressions of the soul, to which Houtzeel brought moving piani… Her mezzo has a vocal color, a sensuality, that often goes missing in countertenors  - and her many ornaments in the big bravoura numbers were delivered totally naturally from the stage. – KLEINE ZEITUNG

“In a soothing contrast to the more shrill baroque concerts currently on offer, Houtzeel’s program was completely devoid of vanity, concentrating on peaceful, soulful Handel. With enormous sensitivity, she demonstrated that artistry is often found in the quiet moments.” – KRONEN ZEITUNG

World-Class Mozart as Season Finale
Phenomenal Vocal Ensemble: “La clemenza di Tito” in Graz
“How nice it is to begin a Mozart opera review with praise for a singer and the outstanding performance of Stephanie Houtzeel stands here in first place: rarely has one experienced such a vocally outstanding and dramatically moving interpretation of Sesto as on this evening; thunderous applause for this world-class performance!” - DIE PRESSE 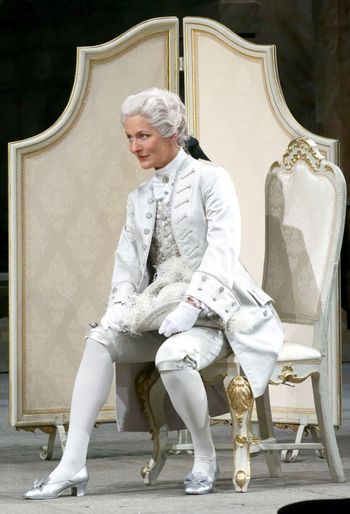 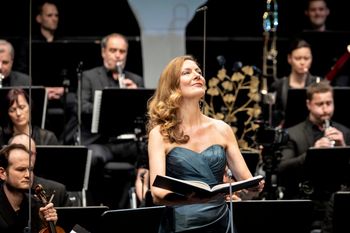 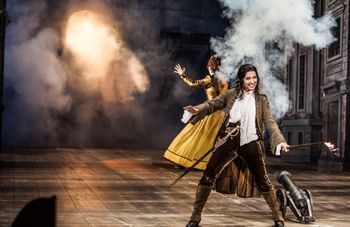 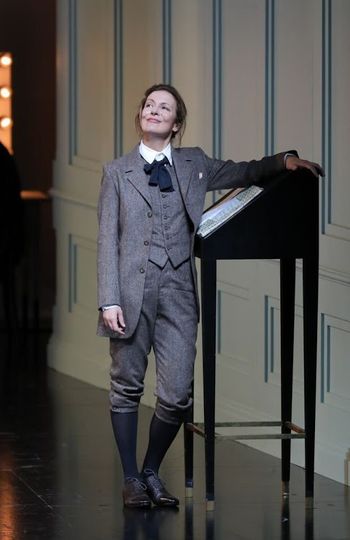 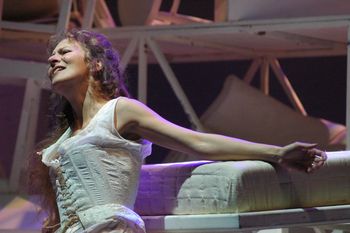 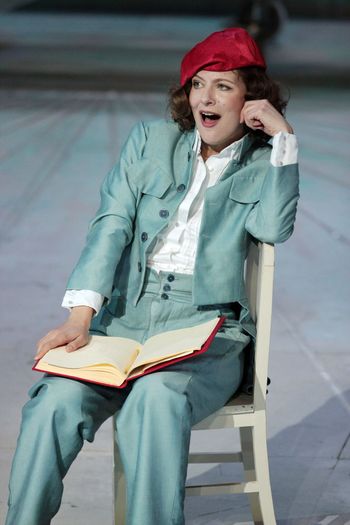