An ensemble member of the Vienna State Opera since 2010, mezzo‐soprano STEPHANIE HOUTZEEL has been winning accolades for her opera and concert performances around the world.

Acclaimed for her performances of Handel, Mozart and Strauss, she has sung Octavian in Der Rosenkavalier at the Vienna State Opera, the Opéra Bastille, the Kennedy Center (in a gala performance with Renée Fleming and Christoph Eschenbach), in the innaugural performance of this work at the New Israeli Opera, at the Deutsche Oper am Rhein, the Graz Opera and at the Royal Opera of Copenhagen. Her appearances as the young cavalier have been heralded as “vocally, dramatically and physically sublime” (Opera News) and “capable of effortless vocal power as well as the finest dynamic shadings."

She was nominated one of the best up-and-coming singers by OPERNWELT Magazine for her performance of the Komponist in Ariadne auf Naxos (under Philippe Jordan) and has gone on to sing this role in Vienna, Zurich, Tokyo, Cologne, Tel Aviv and Antwerp. She has been fortunate to sing these roles under the musical direction of the late Sir Jeffrey Tate, Franz Welser-Möst, Fabio Luisi, Adam Fischer and Marek Janowski.

Recent seasons have brought Stephanie Houtzeel noted success as a Handel interpreter, in particular the title role in Serse, at the Komische Oper Berlin, the Deutsche Oper am Rhein and at the Oper Graz, which earned her a nomination for the Austrian Music Theatre prize. 2019 featured her in the title role of Ariodante at the Vienna State Opera, under the baton of Christophe Rousset and Les Talens Lyriques, which garnered high praise from both the Viennese public and press.

Stephanie’s tenure at the Staatsoper has also included the roles of Dorabella, Jenny Hill, Nicklausse, Prince Orlofsky, Varvara, Kreusa in Reimann’s Medea, Siébel and Getrud (Hänsel und Gretel).  She created the role of Miranda in the Vienna world premiere of Adès’ The Tempest as well as La Haine in Vienna’s first staged performance of Armide.

Ms. Houtzeel’s recordings include her recent Lieder album Nostalgia with pianist Charles Spencer, highlighted by Gramophone Magazine as “beautifully judged” and “utterly beguiling.” She recorded the title role in Lully’s Armide for Naxos and the title role in von Suppé’s Fatinitza. She also appears as the alto soloist in Mozart’s Requiem under Teodor Currentzis.

Stephanie Houtzeel was born in Kassel, Germany and grew up near Boston.  She studied Political Science and French at Middlebury College before embarking on her vocal studies at New England Conservatory and at The Juilliard School.  She was the first recipient of Juilliard’s Vocal Arts Debut Award as well as a Laureate at the International Queen Elisabeth of Belgium Competition. 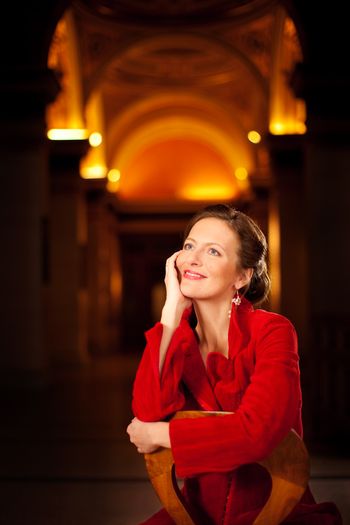 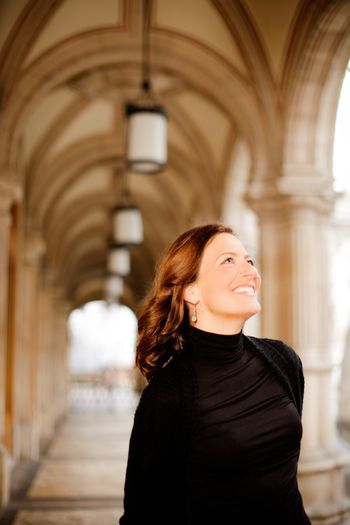 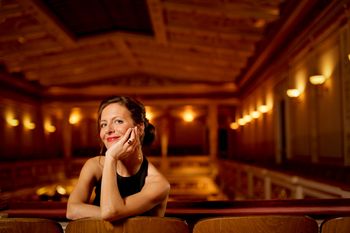 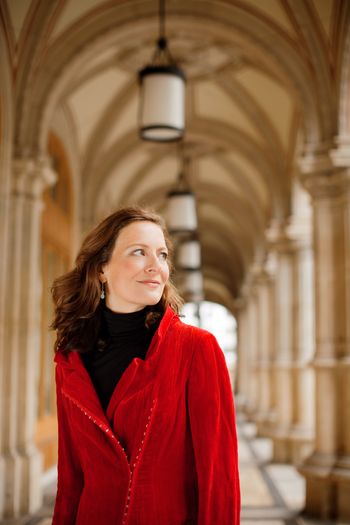